GOVERNANCE OF THE CODE

The governance of The Australian Code of Practice on Disinformation and Misinformation includes independent oversight and a facility for the public to report breaches by signatories of their code commitments.

The governance of the code encompasses four elements:

DIGI has appointed independent experts to oversee The Australian Code of Practice on Disinformation and Misinformation who have a ​​ wealth of expertise in Australian misinformation, consumer issues, media regulation and codes of practice. Dr Anne Kruger, Victoria Rubensohn AM and Christopher Zinn sit on the Complaints Sub-Committee to resolve complaints about possible breaches by signatories of their code commitments. These independent members will also work with signatories, through an Administration Sub-Committee, to oversee the various actions taken by signatories to meet their obligations under the code. Hal Crawford is the independent expert who has been appointed to fact check and attest signatories’ annual transparency reports going forward under the code, in order to ​incentivise best practice and compliance. 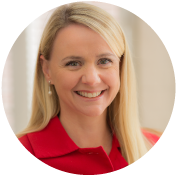 Dr Anne Kruger sits on the Complaints Sub-Committee and the Administration Sub-committee. Anne launched the Australian and now Asia Pacific bureau of First Draft, a global organisation that specialises in helping societies overcome false and misleading information. Throughout 2020, the APAC bureau’s investigations formed the backbone of analysis reports by a wide range of high profile outlets such as the New York Times, Washington Post, NBC, South China Morning Post, and across the ABC in Australia. Anne is co-chief investigator at the University of Technology Sydney’s Centre for Media Transition which, together with First Draft, assisted DIGI with the development of its disinformation industry code. She has a PhD in social media verification education, has established verification and media literacy programs internationally including with UNESCO. Anne was previously a journalist and presenter at CNN Hong Kong during SARS, Bloomberg and ABC TV. 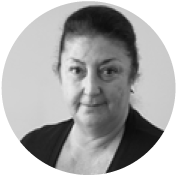 Victoria Rubensohn AM sits on the Complaints Sub-Committee and the Administration Sub-committee. She has extensive experience in media and communications regulation in Australia and overseas, and with codes of practice in broadcasting, telecommunications, content classification and advertising. Victoria is currently Consumer Director of Communications Compliance Ltd and Principal of Omni Media. From 2011 to late 2020, Victoria was an Independent Reviewer for Ad Standards Australia; From 2015 to 2019, she was a Consumer Member of the Code Authority of ADMA; and from 2009 to 2015, she was Convenor of the Classification Review Board. Victoria has chaired federal government policy review committees on copyright convergence and digital radio. From 1994 to 2009, Victoria chaired the Telephone Information Services Standards Council regulating value-added telecommunications services. She is a Director of the Australian Communications Consumer Action Network (ACCAN), the Centre for Inclusive Design, chair of the Communications Law Centre Ltd and is an Advisory Board Member of the Centre For Media Transition at UTS. She also serves on the advisory committee of the International Institute of Communications Australian Chapter, and was formerly President of the Communications and Media Law Association and Chair of the National Film and Sound Archive. 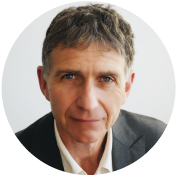 Christopher Zinn sits on the Complaints Sub-Committee and the Administration Sub-committee. He has led various successful and disruptive campaigns to help consumers make better decisions in complex markets such as energy, private health insurance and financial services. Christopher heads the www.determinedconsumer.com initiative, is the CEO of the Private Health Insurance Intermediaries Association, sits on the statutory authority reforming the funeral industry, and is on a self-regulatory code committee for the charitable sector. He was also director of communications and campaigns for consumer group CHOICE and has been a reporter and producer for TV, radio and newspapers both in Australia and overseas including the ABC, the Daily Telegraph, Channel Nine, and the UK Guardian. 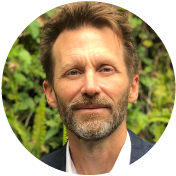 Hal Crawford is the independent reviewer. Hal is a news executive and consultant with 25 years’ experience in digital and broadcast media, and currently runs Crawford Media Consulting. He was recently the News Director at one of New Zealand's biggest newsrooms, Newshub, managing news and current affairs on TV, online and radio platforms. Hal was previously Editor-in-chief at ninemsn, and a non-executive director of youth content publisher Pedestrian. Hal is currently chair of the Advisory Board for the Centre for Media Transition at UTS, and has made other contributions to industry and regulatory frameworks for broadcast and digital media. Hal was the co-founder of a social media news sharing project, Sharewars, which gathered and analysed content data from the world’s biggest news publishers. He co-authored the book All Your Friends Like This, published by HarperCollins in 2015, about social media and news.

What happens if a signatory is found to be in breach of the code?

The Complaints Sub-committee can decide the resolution of a complaint about potential material breaches of the Code based on the severity of the breach, taking steps that range from public statements, investigations and withdrawing a company from the code. However, the aim of the complaints facility is to actually resolve the complaints, so as to have a positive impact on mis- and disinformation in Australia; this will involve working constructively with signatories on the steps they can take to improve compliance with their code commitments.

The aim of the code is to drive improvements and transparency on the measures that signatories take to deal with misinformation and disinformation in Australia. The complaints facility’s approach is consistent with that aim. DIGI will accept complaints from the Australian public where they believe a signatory has materially breached the code’s commitments. Complaints about individual items of content on signatories’ products or services should be directed to the signatory via their reporting mechanisms or otherwise. The code requires all signatories to have such reporting mechanisms.

What structures have you put into place to prevent conflicts of interest for DIGI in this governance arrangement?

Self-regulatory codes of practice developed by industry associations are used in a range of industries, including the media, advertising and telecommunications. DIGI’s handling of complaints is oversighted by the independent Complaints Sub-committee. As the code developer, DIGI acts as secretary on this Complaints Sub-Committee, but has no vote on decisions regarding complaints brought to it, in order to avoid conflicts of interest as an industry association.

How will the independent attestation of the transparency reports be undertaken?

The independent reviewer will verify claims in each signatory’s transparency report going forward, including whether they have published and implemented policies and processes that comply with their obligations, and verifying that those initiatives are accessible to Australia users. If the independent reviewer can’t attest a claim, it advises the Administration Sub-committee comprised of independent representatives and signatories. The signatory must either amend and resubmit the reports to the reviewer for further assessment or provide written reasons as to why they dispute the reviewer’s assessment, which would be published with their transparency reports on the DIGI website.

To lodge a complaint under the code, please use the contact form provided. DIGI only accepts complaints from the Australian public where they believe a signatory has materially breached the code’s commitments. DIGI cannot accept complaints about individual items of content on signatories’ products or services, and ask that these be directed to the signatory via their reporting mechanisms or otherwise